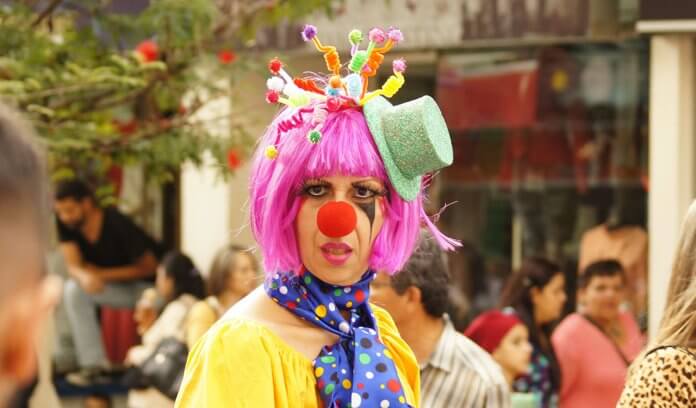 This Halloween evening Fake Booze happened to be out and about walking the streets. Even by the soul-sapping standards of suburbia, things were depressingly quiet.

No grinning vegetables and ridiculous make-up.

No tiny little brains addled with E-numbers and artificial stimulants.

And there weren’t many kids about either…

Because it wasn’t just Trick or Treat that bit the dust this year; the Great Middle-Aged Halloween Lash-up stayed in its coffin too.

This is terrible news – not least for the drinks industry, which has been selling what is officially known as ‘a shit tonne’ of booze on the last weekend of October for the last 15 years.

It’s bad news for the would-be zombies, witches and vampires of Generation X, too.

Unlike children, adults need parties. They’re a chance not just to have fun but to learn key social skills for later in life.

Sitting in a large group and muttering incoherently is essential training for when they are kicked into a care home by their children.

And if mainlining Casillero del Diablo with other people in Tesco fancy dress costumes helps them forget the gaping void at the heart of their lives, then where’s the harm in that?

We have to remember that, from the horror of competitive sourdough making to the needless stupidity of impulse dog-purchasing, this generation has suffered more than most during Covid.

Just look at the immense growth in novelty flavoured hazy IPA. Does this look like a generation that’s happy to you?

So if they want to sit on their arse complaining and drinking prosecco for four hours then we should not just let them, we should encourage them…

Ever willing to help, Fake Booze has put both its brain cells together to come up with a few alternative ways that you can use drinks to keep the magic alive for this let-down demographic.

Firework night is all about buying far too much overpriced tat then watching your investment go up in smoke in a matter of seconds. Some ill-advised dabbling in the fine wine market will probably have the same outcome.

This is traditionally a time for sitting round a table with some big heavy vegetables that you don’t pay much attention to the rest of the year. But since Coronavirus probably means your family won’t make it in person, we recommend a Zoom argument instead, powered by 16% abv Zinfandel.

Middle-aged people love shopping, especially online. So load up their account and let them go crazy buying loss-leading offers from giant retailers. Or it could be cheaper and quicker simply to put a brick through the window of your local independent drinks shop, which will have much the same effect.

A magical occasion when a red-faced old man makes unfeasible promises to wide-eyed youngsters. There are lots of ways of finishing this gag – most of them libellous. So in the interests of not getting sued, we’ll simply say that there are no office Christmas parties this year.

A time of transcendental rebirth perfectly encapsulated by a mystery creature hiding surprise packages in your garden. Remember those six bottles of premium rum you ordered after your third martini last Friday? Well, finding them once they’ve been ‘securely left’ by a stream of couriers should keep the most demanding grown-up amused for hours.

Hector Lannible: How to make the most of NOB wines