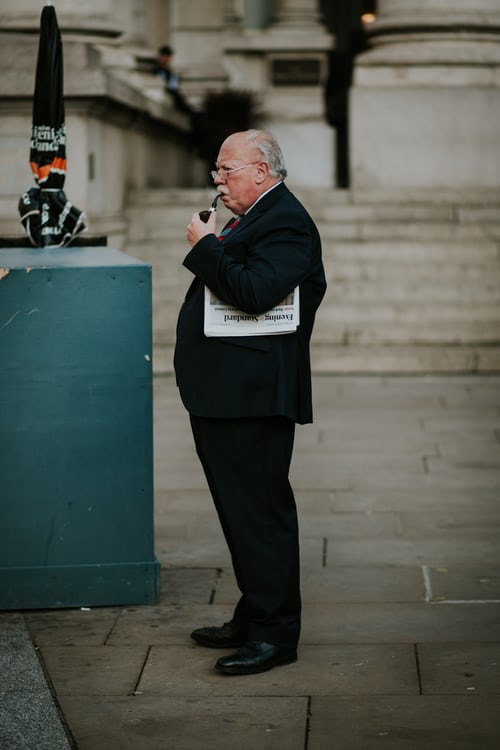 Having spent the last 40 years plying my trade as a wine merchant, you may not be surprised to hear that I am no stranger to the odd lunch. Nor am I unaccustomed to finding a restaurant or two that performed below par. It is, I’m afraid, an occupational hazard of the job, like RSI for typists or emphysema for members of the mining community.

Recently I had cause to visit an establishment that I had managed to avoid for most of the last 25 years but which a certain global pandemic had forced me to return to. The tragedy of coronavirus takes many forms.

This venue was not always like this. For a few heady summers in the 1980s, this restaurant was a delight and passion of mine. Like revisiting the haunts of childhood memories, I was afraid the current incarnation of this eatery would herald only disappointment and heartache.

Dear reader, I was right.

The décor has barely changed in the decades since my first visit. Faded, jaded now, it has lost its sparkle. The waitress was a surly teenager who looked as if she was being forced under duress to occupy her role. And as roles go it wasn’t complicated.

Pick up plate from kitchen.

Try not to balls it up.

Whatever was going on in the kitchen, it was hardly much better. The menu was, I’m sorry to say, limited. I chose minted pea soup and farm bred pork chop, followed by their cheese plate.

Well, the soup was NOT minted. The pork chop may have been on a farm at some stage, but seemed to have spent most of its recent days stewing in a semi-broken refrigerator. It was chewy, tasteless and sporting the scars of freezer burn.

And as for the cheese plate? It was horrific. In all my time as much lauded (though sadly never awarded) bon viveur and enjoyer of gastronomic excess I have never seen such a paltry offering. Two crackers (stale), a dried out, cracked piece of cheddar and what looked suspiciously like a left-over bit of Boursin.

The only thing that managed to shine was the delightful wine list. Kept in pristine condition and at the most affordable of prices, I kicked off with a lovely Macon Fuissé from the late noughties, followed up by a wonderful St Emilion from Fleur Morange, a relative newcomer to the commune but a new star in the making.

Both were delicious and set me up nicely for a touch of luncheon port: 1963 Dows. Superb.

Sadly my friends, it still didn’t make up for the hideous dining experience that this was. How something can have deteriorated so much over the years is evidenced by the chef. When I first saw her all those years ago, she was a bright, breezy, sexy little minx (oh I know we can’t say that these days but she bloody well was!!!).

Alas, the years have not treated her kindly, unlike my good self. And as she approached from the kitchen galley to ask the question I dreaded most, “how was it for you?” I felt a cold chill in my spine. Of course, I should have told the truth, given it to her straight. Otherwise, how will these places improve?

But instead of saying, ‘that will be the last time I eat at home for another 25 years’, I instead mumbled ‘very nice dear’, gave my wife a peck on the cheek and retired to the garden shed for a comforting glass of Amontillado.

For reader, there is bravery and there is stupidity. And if there is one thing that 40 years in the wine trade has taught me, it is how to tell one from the other.

In his next column, Sir Lunchalot will be putting the horror of home-cooked food behind him and dining out with esteemed Bordeaux chateleine Rene D’Aistingué from Château B’Aldredash.

The Botulist: how to match wine and tripe