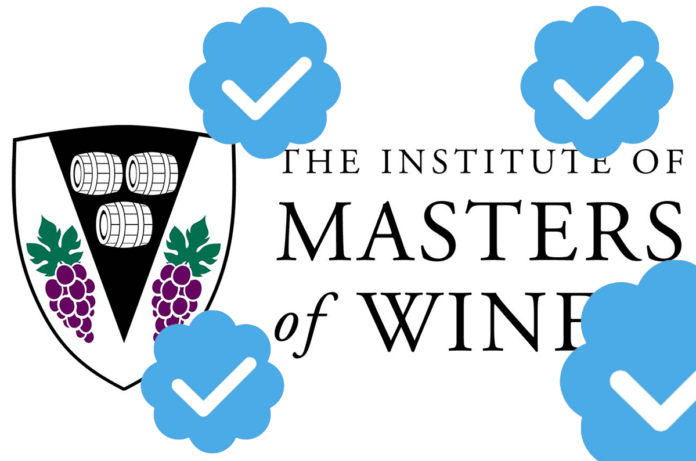 The Institute of Masters of Wine has revealed a dramatic reduction in student numbers as people increasingly turn to a Twitter blue tick as a way of proving how much better they are than everyone else.

‘We’re incredibly concerned about this development,’ said Em Double-Yew, a spokesperson for the Institute.

‘For over half a century the letters MW have been the gold standard of smug superiority. No other qualification gives its holders the ability to close down discussions, raise a quizzical eyebrow, or bore hapless strangers quite like the Master of Wine.’

Twitter and the Institute of Masters of Wine have long had a close relationship. The platform even has its own ‘MW Day’ when 12 people change their Twitter handles to include the letters MW at the end and announce that they have won The Bollinger Tasting Medal in their biog.

But media analysts believe the Institute could be under threat as students abandon the course and switch to the ‘blue tick’ certification.

‘They love that it gives them an instant upper hand in debates over partial root irrigation and whether you should decant Barolo but without having to wreck their life for five years.’

Rather, the symbol will automatically be made available to anyone who sends an indignant tweet pointing out that it ‘isn’t a blue tick, but a white tick on a blue background actually’.

‘We feel this will prove beyond doubt the level of petty point-scoring and everyone-splaining necessary to be a successful online wine communicator,’ he said.

Twitter executives have defended the $8/month charge as being ‘about the same as a bottle of Blossom Hill or an issue of Wine Spectator, and significantly more pleasurable than either.’

The Institute of Masters of Wine has criticised the blue tick as being far too easy to acquire, saying in a statement that ‘if something doesn’t cost you your savings, your job, your mental health and your marriage, it’s not worth having.’

However, blue tick holders have rejected accusations that their ‘qualification’ lacks rigour.

‘I’ve been honing my skills on Twitter for more than ten years,’ said Ian Dignant, who describes himself as a ‘blogger, communicator, and leading expert on amphora-fermented Petit Arvine’.

‘And while only 30% of MW students get divorced, I don’t know a single wine blogger with a partner…’

While the blue tick hasn’t worked everywhere, the team at Twitter say it’s been a huge success in the field of drinks.

‘When it comes to sullen, inconsequential, monetizable rivalry,’ said Musque, ‘#wineTwitter is in a class of its own.

‘Only last week our servers were monitoring an interminably long thread about the St Émilion classification and found that it concluded with the world’s smallest mic drop.’