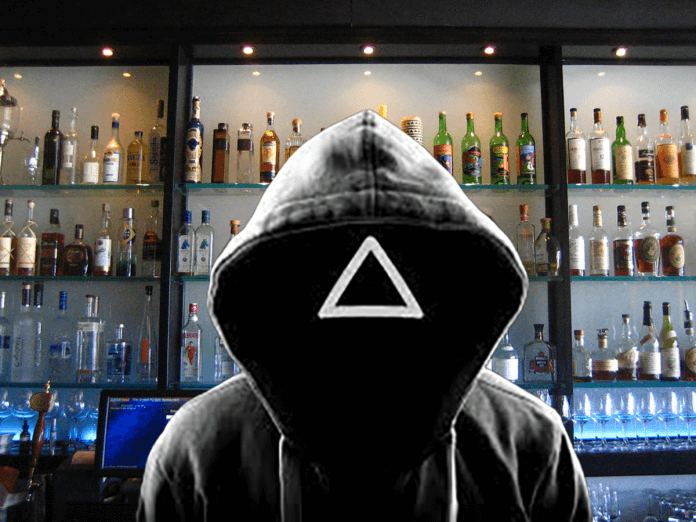 Diageo has announced that it is to use a ‘Squid Game’ strategy to allocate marketing spend for its brands from now on.

Brand managers for the drinks behemoth’s dozens of products will compete in a series of tasks, with the winners being showered with a seven figure marketing budget.

The losers will receive either a bullet in the temple or a transfer to the liqueurs division which insiders have said ‘amounts to much the same thing – though at least a bullet is quick.’

The idea is the brainchild of Diageo’s head of consumer engagement, Dai Stopian,  who says inspiration struck after watching the smash hit streamed Korean TV series.

‘In Squid Game, heavily indebted losers engage in ever-more desperate challenges to get ahead at the expense of others,’ he told Fake Booze.

‘So there are obvious parallels with the world of brand management.’

The TV scenario where panicking tracksuited hordes are gunned down by a ten metre high doll was, he said, ‘only slightly less implausible than some of the ad campaigns we’ve run down the years – and probably less stomach-churning than drinking a glass of Baileys.’

In the same way that the Squid Game challenges are based on childhood games, so the Diageo tasks will also be themed.

Dai Stopian said they would include skills that all brand managers are well versed in.

‘Our brand managers have had it too easy for too long,’ said Stopian. ‘Just dangling their hand every year and complacently expecting to get access to the pots of cash that their hard work has complacently created.’

Diageo, he said, was ‘tired of having its famously tolerant good nature being taken for granted’.

‘From now on, it’s no more Mr Nice Guy,’ he told Fake Booze. ‘If they want budget they’re going to have to earn it the hard way, just like our shareholders don’t.’

TV analyst Alexandra Palace said that she expected Diageo to strike a lucrative deal with Sky for their Games.

‘Everyone likes laughing at innocent people trying their best and getting painfully taken down,’ she told Fake Booze.

‘That’s why Murdoch has a seven-figure bid on the table with the Masters of Wine to televise their tasting exams.’

But some human rights groups have questioned whether the link between business and a brutal game show is ethical or desirable.

‘And the Squid Games isn’t much better…’