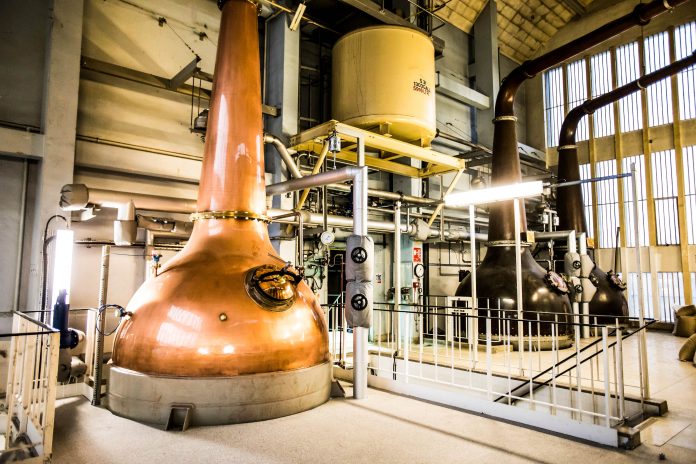 Major drinks companies have been told by a business advisory body to ‘stock up fast’ on gin distilleries while there are still plenty on the market or risk missing out on a never-ending El Dorado of boundless opportunity.

The advice, presented to senior drinks trade figures by ‘strategisation experts’ the Drinkmongerz Group painted a picture of a gold rush category that still had huge potential.

‘Gin’s growth over the last twenty years has been incredible,’ said Drinkmongerz chief analyst, Juniper Insta. ‘But we think that it will just keep on going upwards literally for ever.

‘So the more distilleries the big companies have in their portfolio the more money they will make. Simple. It’s basic economics.’

The bold assertion was made on the back of in-depth market research, carried out by Drinkmongerz over a 12 month period, which revealed that gin was ‘really popular’, and that people ‘liked it’.

Gin and tonic was revealed as the shock driver of the category.

‘Our modelling suggests that by 2050 every adult on the planet will be drinking three bottles of gin a week,’ said Insta. ‘We know that big companies like Diageo and Pernod Ricard have been acquiring gins over the last few years, but they need to be bolder and step it up if they’re not going to miss out.

‘Really, they should be looking at buying a new distillery every month if they can.’

Speaking off the record, representatives for some of the big distillers were cautious about the recommendation, describing it, variously, as ‘wildly optimistic’, ‘economically illiterate’ and ‘borderline psychotic’. But the Drinkmongerz team stood by their findings.

‘We’ve already had London Dry, Old Tom, zero abv and coloured Fruit Gins,’ said Insta. ‘But why not stripey gins, or spotted ones or smart gins that connect to your phone? There’s so much that could still be done with the category.

‘We think that gin’s potential is literally infinite.