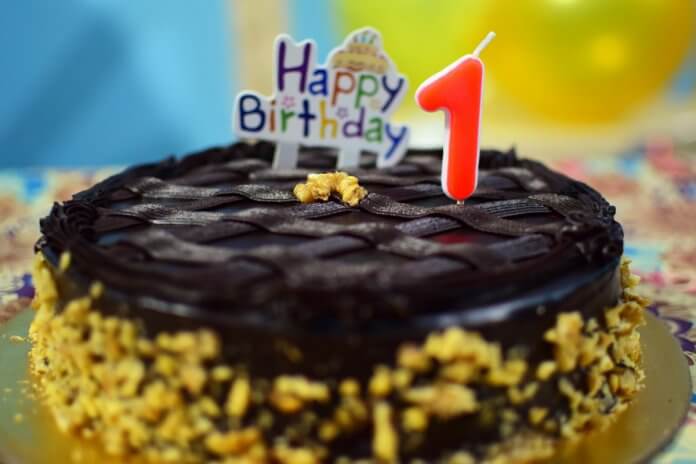 This weekend saw Fake Booze’s first birthday. And although the world’s media have conspired to ignore this momentous global occasion, it means a lot to us that we’re still here, and so many of you are halfway tolerating what we do.

So we would like to offer up a huge ‘thank you’ to the drinks world for its support over the last 12 months.

Like all new-borns Fake Booze has spent most of the last year squawking, whingeing and spraying crap in all directions. Unlike new-borns, we have no intention of stopping.

When we started we had no real idea whether the drinks world would be able to keep a satirical website in content.

There are, after all, plenty of hilarious drinks publications – but none of them, as far as we know, are intentional.

And in the dark hours before our launch, we worried that perhaps there was a reason for that. Maybe, just maybe, we thought, the drinks world wasn’t as ripe for comedy as we thought.

But it turns out we needn’t have worried.

Genuinely, we couldn’t have done it without you. If brand managers, marketers, journalists and legislators didn’t keep pumping out utter bilge, we’d have nothing to write about. So from the bottom of our heart, thank you all!

Obviously, you can’t buy us a cake. But if you’ve enjoyed the last year, and you’d like to put a few groats into our cap, you can either do a one-off ‘buy us a coffee/beer’ payment below, or, better still, sign up to our Patreon. After all, now we’re one year old we need to save up for a scooter.

As a kind of birthday party game, we’ve picked ten stories at random from the last year to see how much you can remember of what’s gone on in the Fake Booziverse.

Remember, it’s Like Truth – But Better… No actual people were harmed in the making of these stories. Only idiots.

2. Which wine region is planning a human sacrifice to patch things up with God?

4. Which of our Crap Tasting Note of the Year winners included the line ‘What if Spring were eternal?’

5. Which Fake Booze character wanted to build a wall between Ireland and Islay?

8. What, according to drinks writers, is ‘all crap’?

9. Which drinks publication stunned its critics by announcing a new era of hip celebrity-themed interviews?