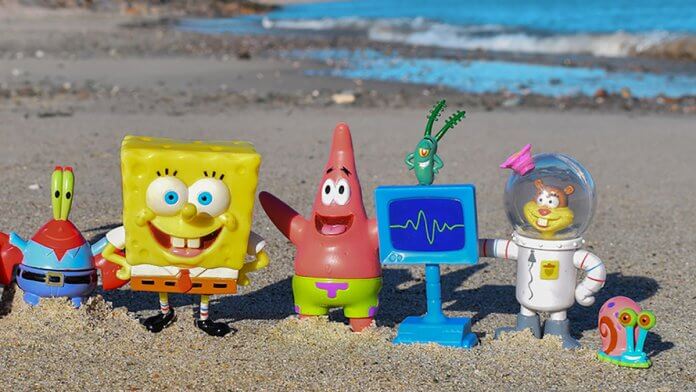 A French winery claims to have turned the tide on viticulture by planting the world’s first underwater vineyard.

Bob L’Eponge-Carré of Vins Mer-Veilleux says the new project ‘blows sea-aged wines out of the water.’

‘You can’t sail 50 metres around the French coast these days without coming across some twat putting bottles in a cage and dropping them off a boat, followed by a film crew,’ he told Fake Booze. ‘But these losers are totally yesterday’s news.’

Actually growing grapes underwater, he said, would ‘take viticulture to new heights. Or rather, depths.’

The vines are being planted in the seabed off the Provence coast this summer, with Mer-Veilleux’s first ‘Sea-vignon Blanc’ wine expected in 2024.

The company, which is seeking approval for a new ‘Vin Sous Vagues’ appellation, is already developing a range of accompanying merchandise, including pickers’ goggles, ‘Mer-vin for the Merman’ T-shirts and floating ‘I put the Mer into Merlot’ glassware.

‘We’re going to say the wines are perfect for seafood and drinking in the bath,’ says Eponge-Carré, ‘whether it’s true or not.’

He described the brand as being ‘on a mission from cod.’

Gullible blogger, Ivan O’Scruples of the British Instagram and Bloggers Engagement Media Executive (BRIBEME) said the new vineyard was an ‘exciting development’ and ‘definitely the future.’

‘After all,’ he told Fake Booze, ‘the bottom of the sea is probably warmer than the UK, no wetter than Germany and less likely to go up in smoke than California, Australia or, frankly, most of southern Europe.’

But less idiotic critics have raised concerns that the seabed could prove ‘unsuitable’ for grape-growing, citing, among other things, lack of oxygen, too much water and low temperatures.

‘It’s cold, dark, inhospitable and aggressively salty,’ said journo-scientist, James Fabulous. ‘It would be like trying to grow something in wine Twitter.’

Eponge-Carré admits that the venture is a huge gamble, and the wine might not make it to market. Or, if it does, prove largely undrinkable.

‘But since the announcement there’s been a huge uptick in my social media engagement,’ he told Fake Booze. ‘And that’s far more important than taste or scientific credibility for any nascent wine brand these days.