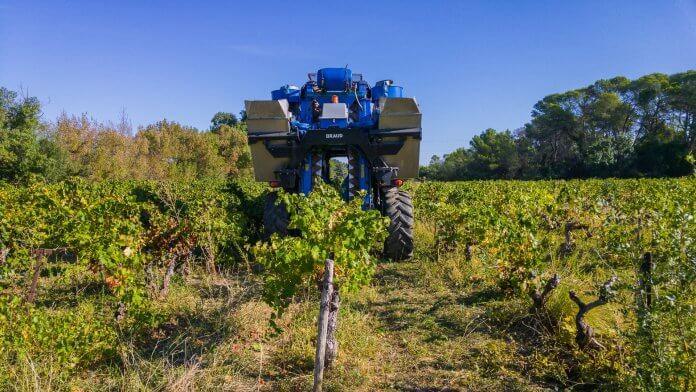 With their comical vans, ill-fitting overalls and distinctive cry of ‘bof’, France’s growers are as much a part of the country’s culture as the Eiffel Tower and extra marital affairs.

But a new scientific study shows that the country’s viticulteur and vigneron populations are in steep decline, and could even die out within a generation.

The report, by professor Luc D’Eaunt-Touch at the Université de Toche in Grenoble, paints an alarming picture of the effect of increasing temperatures on the country’s wine producers. It claims that numbers have shrunk from several million 50 years ago, to just a few hundred thousand today.

‘At one time, every other house in the countryside would have had a grower or two living in it,’ says Professor D’Eaunt-Touch. ‘But nowadays you can often go several kilometres before you get stuck behind one of those stupid van things that’s like a hairdrier on wheels.

‘If we carry on like this, there could literally be no growers left inside 50 years.’

The problem is climate change. With grapes ripening weeks earlier than they used to, ‘work’ is increasingly encroaching on the grower’s traditional August behaviour of lying by the pool drinking Stella during the day and breeding noisily at night.

‘Growers have taken the summer off since time immemorial,’ says D’Eaunt-Touch. ‘They really aren’t designed to be active in August, so they’re very disorientated. They get tired, and even more irritable than usual. And of course that’s having an impact on their ability to reproduce.’

With numbers in decline and climate change apparently irreversible, the report has worryingly few suggestions to save the viticulteur and vigneron from going the same way as le dodo.

Winemaker adoption schemes and grower petting zoos are mooted, as is installing a nesting box in your garden. Stocking it with Gauloises, pesticide and pornography should entice growers in and encourage them to mate.

‘But these are small measures,’ admitted Professor D’Eaunt-Touch. ‘If grapes continue to ripen in August, we have to face the fact that in 20 years’ time these wonderful creatures could soon be as rare as a modest Champagne producer.’