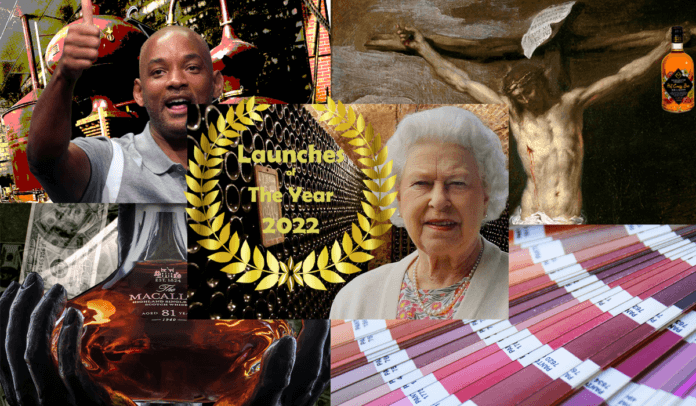 It’s that time of year when, like all publications, we give up trying to write original content and just shag out old copy so we can go out for a drink at lunchtime.

Or, to put it in a slightly more positive light, ‘Welcome to our Best of 2022 Awards’!

Yes, we’ve trawled through our 100+ articles from the last 12 months to put together the ones that we think are fractionally more amusing than the others.

And to make it look like we’ve made a bit of an effort we’ve even gathered them together into some sort of theme.

So for you it’s a double win. You get to read (probably) all our best stories without having to slog through months of dross. Huzzah!

If you want to help us on our sarcastic journey through the world of booze, feel free to tosh a few coins our way by clicking on literally any of the myriad pleas for cash that you’ve been ignoring so diligently for the last two and a bit years.

And if you’re one of those hardy souls who have been supporting us, we give you our heartfelt thanks, and wish you the season’s finest. We hope your business is a bigger success in 2023 than all the tightwads who’ve given us sod all.

Now. On to our first category.

OK let’s get the stupid bloody celebrities out of the way first. There weren’t as many of these as last year. Probably because the perma-irritants have had to get on with their day jobs instead of pretending they’re committed to making quality drinks.

Of course, Sarah Jessica Parker is a notable exception, with her Slovenly range hitting an impressive new low. But the lack of actual genuine sleb booze didn’t stop us creating a few of our own. Will Smith, for instance, with his – ahem – kick-ass range post Oscars.

Or the actual Queen herself (God rest her soul) who created her own sparkling wine range, before pulling the ultimate marketing gambit and dying six months later.

Meanwhile, the good folk at Riedel – who have never knowingly missed an opportunity for a new load of glasses – launched their first World Leader range of stemware, and also the new Riedel Mega-Glass, for people who want to get paralytically drunk while sticking to drinking one glass of booze a day.

Finally, mega rosé Chuntering Cherub proved that pale is the new black with its creation of the world’s first rosé blanche, Macallan proudly launched its ‘most venal range yet‘ and pooch lovers could finally indulge their four legged friends with a new range of drinks for dogs. Which, if nothing else, gave us an excuse for some terrible puns and a cute picture.