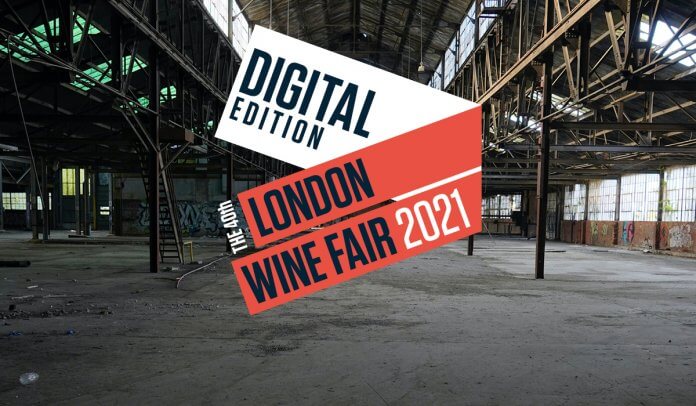 Figures from across the drinks world have lined up to urge the trade to get behind the return of London Wine Fair next week, saying it’s an essential event.

For everyone else, at least.

‘It’s great to have this back in the calendar again,’ said Margin Slasher of the UK’s biggest importer, Uncritical Wines. ‘Just look what happened last year when it didn’t take place – sales fell through the floor.’

Slasher said that Uncritical were ‘passionate’ about the show succeeding, saying it was ‘crucial, essential and an institution’ though they would not be taking part themselves.

‘We see it more as a show for smaller companies,’ he told Fake Booze. ‘But we’re 100% behind the event.

Organiser Izzy Twerthit said that the team had put together a programme featuring ‘everything that made the event so special in the first place’, including a £30 charge to sit at home and stare at your laptop.

‘People are used to being ripped off at drinks shows,’ she said, ‘so we felt it was important to charge for something that you’d expect to get for free.

‘And the entry fee is still less than the cost of a coffee and two-day-old croissant at Olympia.’

Using ground-breaking Wine Trade Analytical Functionality (WTAF), attendees can search for exhibitors, products, regions and grape varieties. A bit like a search engine, only excitingly not free of charge.

Magazine sales people, who typically make up 60% of LWF’s visitors, will be able to filter exhibitors according to availability of advertising budget, from ‘small’ to ‘non-existent’.

Meanwhile, wine students and influencers can list exhibitors in order according to their willingness to send out free alcohol and not ask too many awkward questions, such as ‘who are you again?’, ‘why do you want this exactly?’ and ‘you do know that Chardonnay isn’t a place, right?’

‘These are such great initiatives,’ said Pricefixer Supermarket’s drinks buyer, Giles Methadone. ‘I mean, I won’t be taking part because I think it’s more for smaller buyers.

The lead time of three days was, she said, ‘Slightly quicker than the time it takes to get served by an Italian export manager at a normal tasting.’

‘This is a great idea,’ said sommelier Pierre Tire-Bouchon. ‘I generally see the fair as being more for the off-trade than restaurants, so I won’t be taking part.

‘But this really could work for the right audience.’

This year’s Digital show will feature dozens of online tasting events. Organisers say they are significantly different from every other online trade tasting of the last 12 months because they feature ‘distinctive LWF branding and cost thirty quid.’

The itinerary is so packed that there’s not even room for the annual ‘Why there’s no such thing as cork taint’ presentation  by Amorim.

The organisers have told attendees not to worry if they can’t make each presentation because the content will be ‘replicated uncritically on literally every single drinks magazine website within seconds of the session closing.’

‘This is a brilliant programme of talks,’ said booze hack Francis Jobbinson. ‘It’s so great to see London wine Fair back.

‘I tend to see it as more of an event for buyers than journalists, so I won’t be taking part myself. But I’m sure they will find it indispensable.’

‘This new Digital Edition is definitely better for me,’ said Absolutely Everyone. ‘Now I can pretend to do hours of tasting, negotiating and learning without having to smile politely, concentrate properly or even get fully dressed.

‘I really hope this proud institution carries on – it’s a must-exhibit and a must-attend event.

‘Even though I won’t be doing either.’

Read about all the biggest drinks fairs’ plans for this year here.