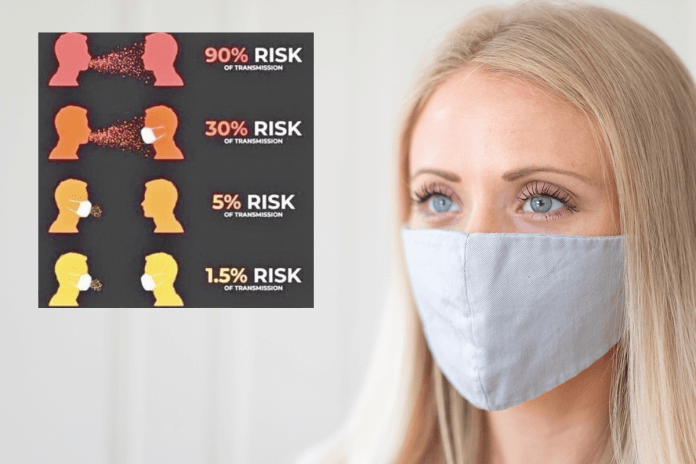 Scientists have discovered that wearing masks can reduce the amount of nonsense disseminated about booze by over 90%.

The practice of talking balls about drink, but with conviction – so called Crapolavirus – has soared over the last few years.

And the boffins’ endorsement of face-coverings marks a significant shift in strategy away from ‘heard immunity’ – the idea that if people listen to enough utter drivel, lies and self-serving nonsense they will eventually get used to it and cease to give a shit.

But according to chief anti-crap scientist Astrid Zeneca, ‘comments about how sulphur gives you a hangover or why terroir exists in whisky infuriate people just as much now as they always have.’

The arrival of new more virulent strains of misplaced self belief had, said Zeneca, made it imperative that a way was found to stop people having to listen to idiots who persist in talking out of their arse.

‘With the Dulltalk variant you might expect to be bored for the duration of the conversation with a bit of tapering frustration afterwards,’ said Zeneca.

‘But the latest mutations of facts, logic and basic human intelligence in the Omigod variant can lead to conversations so mind-bendingly fuckwitted that you want to gouge out your eyes with a spoon and jam them in your ears.’

The variant is said to be ‘spreading rapidly – particularly in closed environments such as wine, whisky and craft beer chatrooms’.

However, studies now show that simple face coverings can be highly successful in combating the spread of utter garbage.

‘It’ll just be two people talking at each other, but without any actual comprehension and practically no transmission of ideas.

Safe rather than sorry

The group is advising that journalists and influencers wear masks ‘whenever they are in a public space’ while marketing and PR teams are being told to wear them 24/7.

‘They’re unlikely to be in danger of infecting anyone,’ said Zeneca. ‘But the opportunity to permanently shut them up was just too good to miss.’

Click here to read how Covid has been of ‘huge environmental benefit’ to the wine trade; and here to read about South Africa’s ‘more transmissible’ variant of Pinotage.