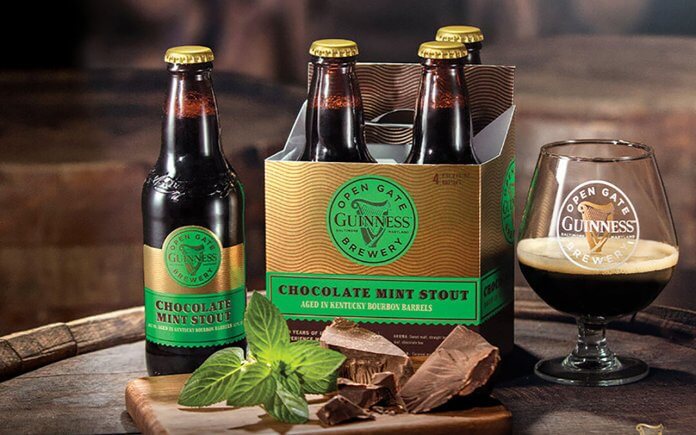 Diageo has said that the launch of a new chocolate and mint Guinness is, in fact, part of a new ‘Christmas healthy drinking’ campaign and not an early April Fools joke as was first thought.

The 10% abv stout is brewed with mint leaves, then aged in bourbon barrels and conditioned with ‘pure cacao’.

Tasters have described it as like adding a shot of vodka and an After Eight mint to a pint of rusty nails.

The new stout has been widely praised by health bodies and temperance groups as ‘a significant step in combating alcohol consumption this Christmas.’

‘There’s no way that anyone in their right mind would want to drink something like this,’ said Noah Aybeevi of pressure group Alcohol Will Fuck Up Your Life (AWFUL). ‘So ensuring that it’s widely available should really help people to cut down.’

Drinks journalists have said that the way in which the drink fuses elements from the mint liqueur, beer and spirits categories, while remaining ‘resolutely unattractive to fans of all three’ is a stand-out achievement.

Making it the strength of a bottle of wine was, they said, ‘the icing on a fairly unpleasant mint chocolate cake.’

‘Guinness have taken a really strong lead here,’ said AWFUL’s Aybeevi. ‘If the drinks world is to innovate its way into non-existence then it needs more products like this.’

The mint Guinness launch is part of Diageo’s ‘Just Don’t Start’ campaign, aimed at encouraging people to cut back on booze this Christmas.

‘And since this isn’t even moderately drinkable, we’d urge people to avoid it.’

Critics have described the industry’s attempts to get people to buy less of their products as being ‘like turkeys voting for Christmas’.

But marketing guru Ad Spend said the issue was more complex than that.

‘It’s true that their portfolios might be full of turkeys,’ he told Fake Booze, ‘but given the growing number of people who don’t drink at all, really they’re more like dead ducks.’

Diageo told Fake Booze that the ‘positively incredulous reception’ for the Christmas mint Guinness had encouraged their team to work on an ‘even more challenging’ variation to stop people enjoying themselves at Easter as well.

Made out of Hershey bars, seaweed and fermented squid sperm, ‘Worse Than Crucifixion’ will be on sale in March 2022.

Click here to read about Diageo’s plans to be fully alcohol-free by 2030.