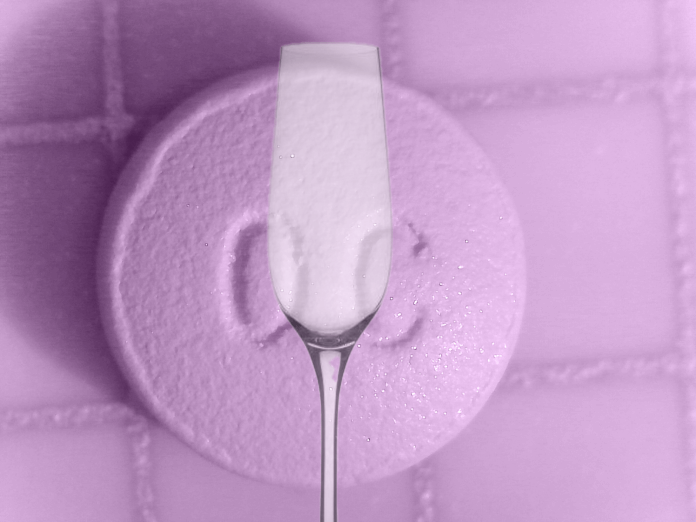 Prosecco is more addictive and harmful than OxyContin, according to a new study released today by scientists in north-east France.

The team of experts, from the Université de Reims in Champagne say that the world is ‘sleepwalking its way into a disaster’ and that prosecco should be ‘withdrawn from the shelves as soon as possible.’

According to the report, the seeds for the problem were sown 20 years ago when prosecco was touted as a strings-free wonder-product that could treat everything from boredom and a bad day at work to full-on mid-life crisis.

Retailers and bartenders were encouraged to offer it to customers on the grounds that it ‘wasn’t really like wine’ and people could ‘stop any time they wanted’.

‘Judging from the state of city centres at closing time, the second point was clearly a cynical fabrication,’ said lead researcher Dr Glera de Nya. ‘Though there’s some debate about the first.’

The scientists accept that it’s possible that in the early days some prosecco producers may genuinely have thought they were improving people’s lives.

But ambitious sales targets led to people being pushed to drink prosecco more and more often.

Encouraging customers to ‘individualise the dose’, said de Nya, had been a disaster, ‘particularly for hen parties and book clubs, where people regularly individualised themselves into a state of paralysis.’

Champagne, he said, discouraged overuse by ‘pricing itself out of reach of 95% of the population’ whereas cava achieved the same thing ‘by being largely undrinkable.’

Scientists, however, believe that prosecco is far more dangerous than either of these since it is cheap, widely available and chock full of sugar.

According to Dr de Nya, four out of five people who end up on Pinot Grigio started on Prosecco, with thousands dying of embarrassment every year.

‘It’s easy to spot ‘Prosoxy addicts’ because of their glassy-eyed stare, incoherent rambling and slurred speech,’ she told Fake Booze.

‘Though it is possible that they could also be Boris Johnson.’

Click here to read about the Cristale Meth epidemic sweeping Europe; and here to read why prosecco producers ‘won’t stop at rosé’