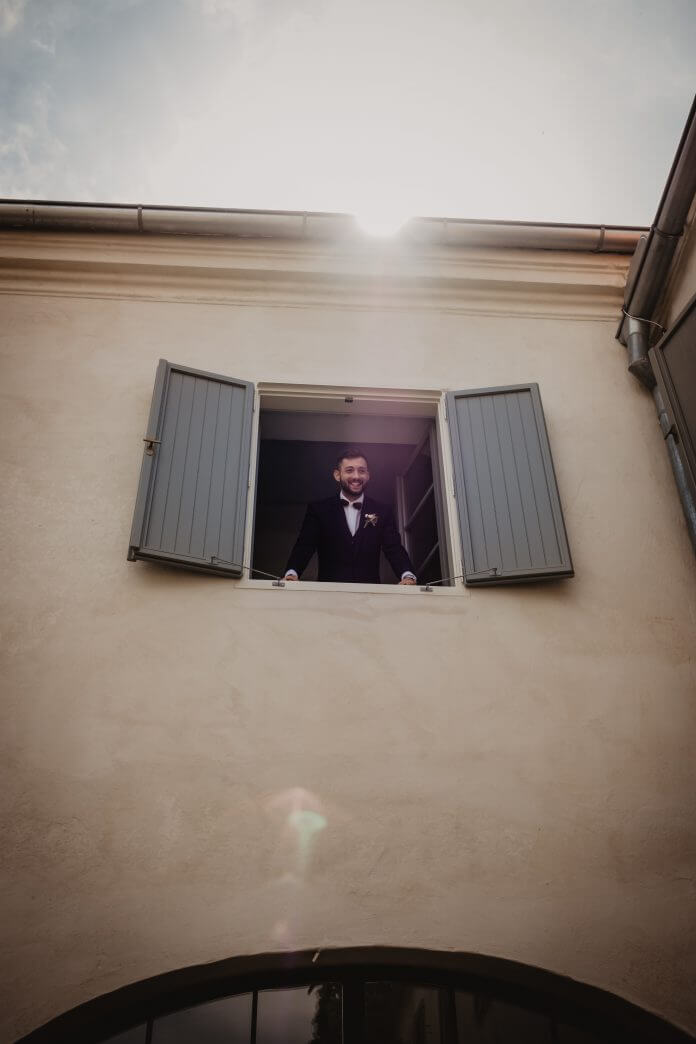 You can hear it before you see it. I’m still several hundred metres from the building but already the barks and howls of the rescue home’s inhabitants are drifting to me on the warm south London air.

The cries of ‘service!’, ‘house wine’ and ‘that’s at your discretion sir’ are practically deafening by the time I reach the entrance.

Louise Duggan, who meets me at the door, is apologetic.

‘I’m sorry,’ she says. ‘It’s feeding time, and they all get a bit excited.’ She points to two glossy Italian Maitre d’s play-fighting over some truffles. ‘Especially when it’s risotto.’

Louise set up Britain’s first Sommelier Rescue Centre in 2010 after the financial crisis.  Restaurants had hit hard times and many simply couldn’t afford to keep sommeliers anymore. Dozens were cast out onto the street.

‘It was terrible,’ says Louise. ‘Sommeliers are really trusting and suddenly they were just being abandoned by the people they loved most – the ones who paid their salary.’

Some returned to Europe, but many were left to roam feral, as ‘consultants’ or in wine merchants, where they often formed dangerous gangs.

‘We were worried that they were just going to end up getting put down,’ says Louise. ‘That’s why we started St Vino’s. It’s a safe space for them.’

The rescue centre currently has room for up to 30 guests at a time. The majority are sommeliers, but there are a handful of bartenders and the odd General Manager as well. At the weekends there’s a steady stream of excited family businesses looking to give them a Forever Home.

But it’s not simply a case of turning up and leaving ten minutes later with a sommelier happily wagging his corkscrew.

Louise and her team are careful to match would-be owners with the right rescue. Some, for instance, need to be the only somm in a business. Others are strong-willed and need careful handling by experienced owners. Some chase cats.

‘We vet all our new employees carefully,’ says Louise. ‘We’d never let one of our somms go to an unsuitable environment, like Wetherspoons, for example.’

We walk into the heart of the centre. With feeding over, the somms are back in their rooms. Some are sleeping off their risotto, others are playing Candy Crush on their phones. The air is thick with the smell of truffles and Barolo.

Dozens of pairs of eyes follow our progress. Tall, small, long-haired, short-haired, quiet, lively… there are any number of somm types here.

Most visitors wanting to adopt are looking for a pure-bred – French and Italians are popular. But Louise urges caution.

‘It’s taken years of in-breeding to create most of these sommelier breeds,’ she warns, ‘and some of them can be quite demanding. They’re prone to diseases, such as shrugging or arthritis, and some will destroy your cellar if left unsupervised for too long. So they’re not for everyone.’

‘That’s Dino,’ she says. ‘He’s a bartender/sommelier cross-breed. He’s slightly cross-eyed and has a bit of a drug habit. But he’s so much fun. He’ll fit into any home.’

And while everyone might think they want a young pup, she’s always quick to warn owners of the sheer time and effort required in house training a commis.

‘Young somms can have a lot of energy, so keeping them busy is demanding,’ she says. ‘They’re always destroying expensive toys like Coravins. And they do go through that stage when they want to mount anything.’

For that reason, she says, businesses should definitely consider older somms. The latter have often not been rejected but simply ended up at the centre because their former restaurants have died. ‘They might be more expensive in terms of upkeep, but they’re placid and loyal and do require less exercise – typically one half-bottle a day is fine,’ says Louise.

It’s impossible not to be impressed by the work that Louise and her team are doing, working on a shoestring to give innocent victims a second chance.

But even though I’m coming back next week to meet Dino one-to-one with a view to possible adoption, Louise’s parting words ring in my ears as I walk down the road.

‘Taking on a new addition to the family is a big decision and not one to be taken lightly,’ she says. ‘People have to understand that a sommelier is for life, not just for Christmas.’

Radical ‘abv only’ label gets beer world in a ferment