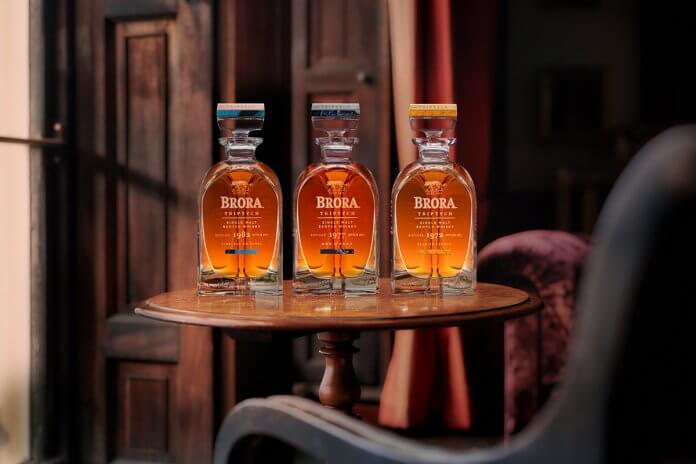 Diageo is to celebrate the reopening of its Brora distillery with the launch of an ‘exclusive yet largely unaffordable’ trio of whiskies.

Controversially, the whiskies come in 50cl bottles – something the company says was driven by ‘working with tight margins in the highly competitive sub-£30,000 price bracket.’

‘This is a crucial part of our strategy going forward,’ said Diageo’s head of brainwashing, Cere Bellum. ‘If we sell all 300 of these beauties we’ll rake in £9 million.

‘That’s more than we’ve made out of Bells for the last 20 years.’

Wish you were here

Anyone buying the trio of whiskies will receive a specially hand written ‘begging letter’ from the head distiller, inviting them to visit the distillery ‘as long as they bring their Amex Black card with them’.

‘It’s very important in this day and age to build a strong relationship with your consumer base,’ said Cere Bellum. ‘Particularly those who clearly have more in their bank account than they do between the ears.’

The company is targeting elite sports stars, Chinese oligarchs and ‘anyone who has been deluded enough to buy any new Macallan release in the last 10 years.’

The three whiskies in the range are:

Elusive Profit – a homage to the times when no-one drank scotch and the distillery was affectionately closed down by its owners; 48-year-old whisky with aromas of decline and despair

Exclusive Opportunism – a heady celebration of the sudden realisation that whisky was fashionable again and the distillery was affectionately rebuilt. 38-year-old whisky, with a strong note of mothballs.

Timeless Cynicism – a recognition of the continued presence of super-rich people who are happy to spend as much on three bottles of whisky as a family car. 42-year-old whisky with grassy aromas of fresh bank notes.

‘It’s amazing to think how much has changed since the last time these stills were last operating,’ said head distiller Coffey Still. ‘In the early 1980s the economy was a disaster, there was a doddery old bloke in the White House and Russia was a global pariah.

‘Yet throughout it all, the drinks industry’s ability to spot easy money has remained undimmed.

‘Particularly for our accountants.’

Angélus tells St Emilion ‘it’s not me, it’s you…’