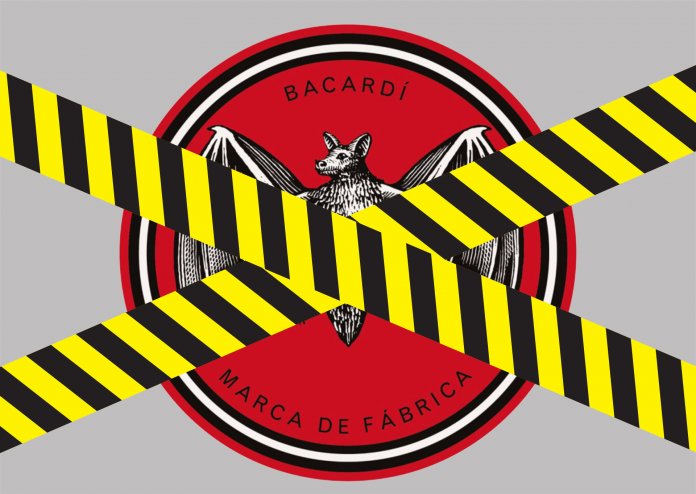 After killing off restaurants, people and entire economies, Coronavirus now looks like being responsible for the death of one of the most famous logos in the drinks world.

The Bacardi bat – on bottles of the rum for over 150 years – is to be pensioned off. Or, perhaps more accurately, taken to a secure site by men in full Hazmat gear and burned.

‘It’s ever since that stupid pandemic,’ said company spokesman Ron Forza-Hills. ‘People are terrified of bats and don’t want anything to do with them. Sales have fallen off a cliff.

‘No two ways about it, the flying rat had to go.’

According to Forza-Hills the Bacardi website has been swamped since March with people asking ‘Can I get Coronavirus from drinking Bacardi’, ‘Did Bacardi cause the pandemic’ and ‘Is it safe to put Bacardi vodka in a cocktail’?

‘It was a nightmare,’ said Forza-Hills. ‘It got to the stage where people would rather drink the hand-sanitiser we were making than our rum. We genuinely thought that people would be able to separate scientific fact from fiction, but it seems that the world is way more stupid than we realised.’

After careful research, the distiller has found a ‘cuddly, non-threatening’ replacement logo.

Pango the Pangolin will be appearing on bottles from the start of next month.

Disclaimer for the legal profession: this story is satirical not factual. Bacardi’s bat is not really being replaced by a pangolin. Also Father Christmas is not real, and the moon is not made of cheese.