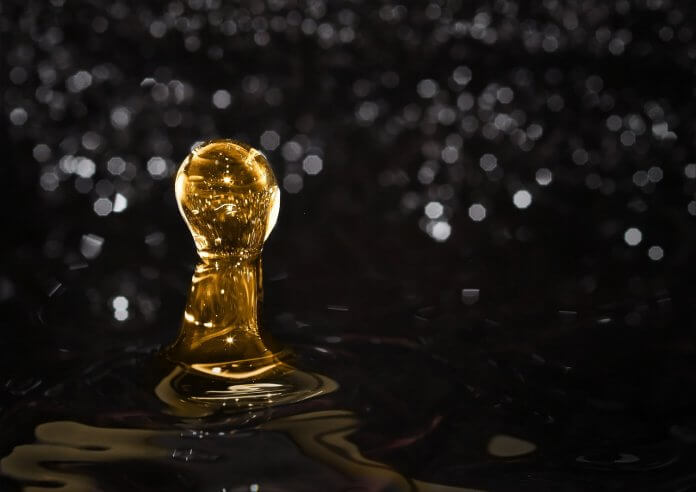 Scotch distillery Ballbaggie is to release what it claims is the world’s first beard-aged whisky – and is predicting record-breaking prices when it goes up for auction later this month.

The hyper rare bottling has been put together from remnants of whisky foraged from the beard of drinks writer Dave Brush after a tasting of the distillery’s scotches 20 years ago.

‘Brushy was having a bit of an enthusiastic tasting,’ said master blender Peat Smoke. ‘Slopping whisky around all over the place, dribbling it through his ‘tache, missing his mouth and so on. All the usual stuff for a whisky writer.

‘But we thought it would be a shame to let it all go to waste, so once he’d passed out we asked his consent, then squeezed it from his chinwig into a petrie dish.’

The reclaimed ‘beard-aged’ whisky lay forgotten in a corner of the blending room until this year when it was discovered by a member of the marketing team who suggested selling it as a ‘very unique’ bottling.

‘There was some discussion as to whether it was beard-aged, beard-finished or beard-foraged,’ Smoke told Fake Booze. ‘But in the end we thought Beard Aged would attract a higher price tag so we went with that.’

At 1ml of liquid (less than a fifth of a teaspoon) the whisky is too small for a conventional bottle. It is instead presented on a specially-designed microscope slide, engraved with dragons and classily finished in gold leaf and tartan turrets each weighing three kilos.

There is a possibility that it might be aimed at the Chinese collector market.

Putting on the licks

Whoever the new owner is, they’ll need to consume their purchase within three seconds of opening the lid, to avoid evaporation. And since there isn’t enough to actually drink it, the team at Ballbaggie recommend ‘stylishly licking’ it off the slide where it will form a ‘uniquely luxurious one-micron layer’ on your tongue.

Different it might be, but the Beard-Aged whisky’s sheer rarity has seen auction house Krispies slap on a reserve price of £250,000.

And the team at Ballbaggie are already looking at a series of range extensions.

‘We’ve got loads of shit single malt slopping around just waiting for gullible rich people to buy it,’ said Smoke. ‘So really the only limiting factor is the number of bearded booze writers who like free whisky and will turn up in exchange for a couple of miniatures and a baseball cap.’

The distillery has ‘conservatively estimated’ it will be able to produce 500 drinks over the next two years and is looking to copyright the term ‘beard-aged’.

Yet there is one element it can’t control.

‘It’s a unique idea, a great story and an amazing profit margin,’ said Smoke. ‘It’ll make us richer than Glenfiddich.

‘Just as long as the booze hacks don’t all start shaving again.’