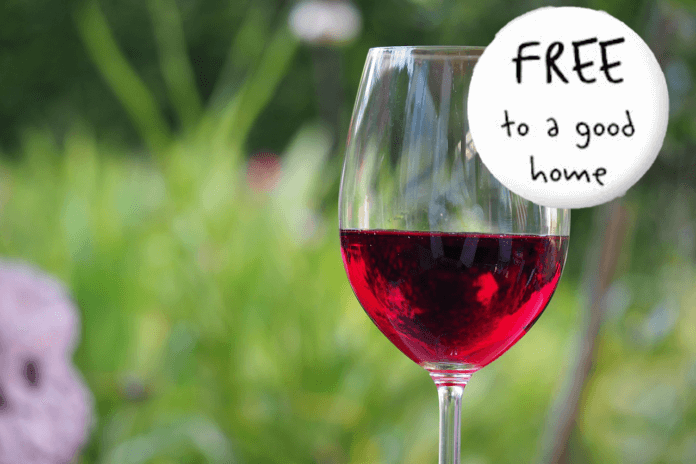 Producers in Beaujolais have come together to launch a bold new initiative that they say ‘deals with the biggest problems of Nouveau in a modern and practical way’.

The new event – Beaujolais Good As Nouveau Day – takes place seven days after the traditional Beaujolais Nouveau Day and is billed as ‘the chance to get rid of all the bottles of Nouveau that you ended up with last week and have no intention of drinking.’

Morgon Cru of the group Gamay Really Is Not Crap Honest (GRINCH), which is behind the initiative, said the day was addressing a huge unmet need.

‘Beaujolais Nouveau is incredibly popular with people who know nothing about wine,’ he told Fake Booze. ‘Because they’ve heard of it they assume it must be good and buy it for their wine-loving friends.

‘Unfortunately, most of them would rather put their head through a de-stemmer than drink the stuff.’

To celebrate Good As Nouveau Day GRINCH is encouraging people to get together with those who have no problem drinking six week old wine in the hope that they can exchange their bottles for something else.

‘We ran a trial day in Paris on Monday,’ he said, ‘and it went really well.

‘I swapped a bottle of Nouveau that my mother in law bought me for a second-hand game of Buckaroo.’

Jean Lapublique told Fake Booze that he had come in with a bottle of Duboeuf Nouveau and left with a DIY taxidermy kit.

‘I’ve got no interest in stuffing dead animals,’ he said. ‘But since I’d have paid them to take the wine off my hands it was still a good result.’

The event has attracted significant interest in the French press, who have hailed it for ‘revitalising’ a much-maligned wine style.

‘Particularly if you put it in a kettle.’