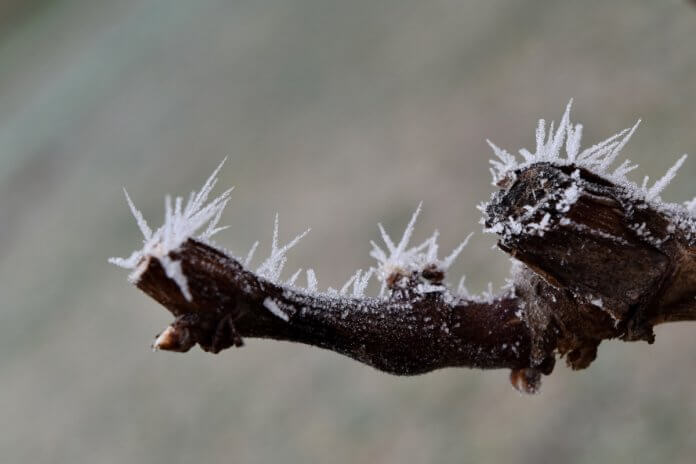 Europe’s  instabloggers, winefluencers, drinks writers and columnists are riding to the rescue of Champagne’s vineyards.

Their mission to save the region’s vines from devastating frost is being described as ‘the most heroic relief effort since Macron bailed out Air France on Tuesday’.

The region’s Comité Interprofessionel National et International de Champagne (CINIC) initially hoped to counter the sub-zero temperatures blowing in from the Arctic with a thick protective layer of Swedish bull-merde.

However this plan had to be scrapped when self-styled fizz-guru Richard Juhlin was found to have become irrevocably detained in meetings with his own ego for the rest of 2021.

Fortunately the Comité were struck by an unusual moment of inspiration.

‘We were cracking up at the latest 2000 Instagram posts drivelling on about how AMAZING the new Dom Perignon/Lady Gaga tie up is when the alternative idea came to us,’ said Francoise Spaghetti, head of CINIC.

‘We worked out if we could bring over a cohort of influencers, bloggers and mindlessly enthusiastic wine writers, we would be able to generate enough hot air to raise the temperature in our vineyards by five or six degrees.

‘Possibly double that if we could get Decanter to do a tasting of prestige cuvées in Reims.’

According to CINIC, the scheme has two big advantages.

‘Firstly,’ said Spaghetti, ‘it’s free – apart from a few sample bottles. But let’s face it, after 2020 we’ve got plenty of those to give away.

‘Secondly, since drinks writers talk crap literally the entire time there’s no danger of us running out of hot air.’

Morgan Claret-Trouser from the Circle of Whining Writers said his members were only too pleased to help out.

‘In fact,’ he told Fake Booze, ‘it might be the first time any of them have ever made a concrete difference to anything in their entire life.’

The journalists have been allocated roles dependent on their relative importance. So elite scribblers for Antonio Baloney and Francis Jobbinson have been assigned hallowed grand crus, while national columnists will breathe hot air into premier cru vineyards.

‘Lifestyle influencers will be entrusted with the crucial job of keeping the vineyards of Bar-sur-Seine frost free,’ said Spaghetti. ‘We just hope they’re up to it.

To protect the anti-frost measures further, CINIC have requested that LVMH postpone a planned board meeting in Epernay.

‘Those cold-hearted bastards could chill the seventh circle of hell,’ said a Champenois who would give his name only as Louis R. ‘So can you imagine what they’d do to early spring growth?’

The regional Comité have released a special emergency fund to fly the Moet Hennessy suits to an alternative location outside the region.

‘With so many livelihoods on the line it’s the safest thing to do,’ Spaghetti told Fake Booze. ‘And we’ve heard that the vineyards of prosecco are delightful at this time of year.’