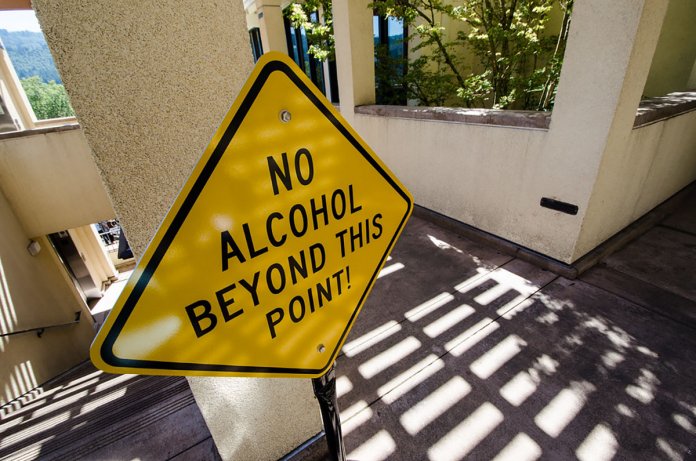 Diageo is to turn its entire portfolio alcohol free by 2030, Fake Booze has learned.

While the company will continue to produce alcoholic products and hybrid ‘low alcohol’ variants in the short to medium term, it plans to gradually phase out all forms of alcohol inside the next decade.

‘We have to face up to the fact that this is what the public want,’ said fictional company sock puppet Noah N Lowe. ‘And since these products sell at the price of a premium spirit but pay no duty, you can bet your arse that our board want it too.’

From heroes to zeroes

The company launched Gordons 0.0% abv in December, following up with Tanqueray 0.0% earlier this year.

And Anna Lyst of market research firm Boozologists expects that process to accelerate, with the Smirnoff range next to be converted, followed by some more rugged off-road whiskies.

‘Lagavulin is the big test,’ she said. ‘It’s barely drinkable as it is, so it’ll be a real challenge once they strip the alcohol out of that mother.’

Old fashioned lines such as Malibu and Baileys which are essentially sugar and alcohol held together with varying levels of sadness and regret may be discontinued altogether.

‘Diageo have realised that by concentrating on zero abv, they can sell what they like where they like and make more money doing it,’ said Lyst.

‘Essentially, they’ve worked out that you’re more likely to be a successful alcoholic drinks company if you don’t sell alcohol.’

Questioned by Fake Booze, the company denied that the move away from alcohol meant it was turning its back on its heritage.

‘We’ll still be about slick packaging, empty slogans and implausible pricing, just like we always have been,’ said Lowe, ‘the only difference is that in the future our consumers won’t wake up with a headache.

‘Unless, of course, they accidentally pick up a Brora 40 year old ‘zero percent’ and realise they’ve blown seven grand on a bottle of brown water.’