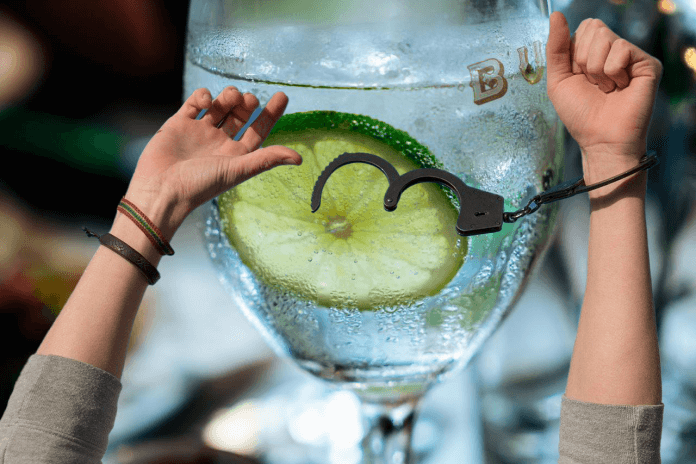 The launch of a Chocolate Orange gin looks set to precipitate the biggest shake-up of gin regulations in a generation.

The new gin created controversy when it demo-ed this week, with some critics on Twatter saying it should have been labelled ‘flavoured vodka’, ‘70s throwback’ or ‘cynical cash-in’ rather than ‘gin’.

However, Juniper Louza of the category’s regulating body, the Gin and Spirit Botanical Appropriation Group (GASBAG) says that the controversial launch shows that the time has come to modernise the rules.

‘The whole question of what is and isn’t gin is a mess,’ she told Fake Booze.  ‘It all needs to be a lot simpler and more obvious.

‘Just like the hundreds of flavoured gins that have launched in the last year.’

GASBAG has put forward a radical set of proposals which involve ‘getting rid of all of all those complicated regulations on flavour criteria.’

‘From now on we think that all products that want to call themselves gin should follow just one strict, but simple rule,’ said Ms Louza.

‘Clearly putting the letters G-I-N on the label.’

The suggestion has been welcomed by industry analysts, who said that allowing every drink to call itself gin would ‘significantly increase the size of the category’ and ‘make things far simpler.’

‘Now it can just reek of pure naked greed.’

Yuri Naroma says his family have been making their asparagus liqueur, AssLiq, for six generations. Sales have been declining for years but the new gin rules, he says, could be a game-changer.

‘Just three little letters make the difference between success and failure,’ he told Fake Booze. ‘You can sell any old crap if you put gin on the label.

‘I mean, look at Beefeater Pink.’

‘It’s clearly wrong that so many people were excluded from drinking gin just because they didn’t like the taste,’ said marketing guru Ad Spend.

‘Dispensing with those out of date flavour requirements will really allow spirits companies to give the public what they want.

‘Which is pretending to be sophisticated and on-trend even when they aren’t.’

‘This move to a light-touch, unregulated regime is credibility-free, cynical, short-termist and opportunistic,’ he told Fake Booze.

‘In fact, the way it taps into the spirit of the 21st century is quite brilliant.’