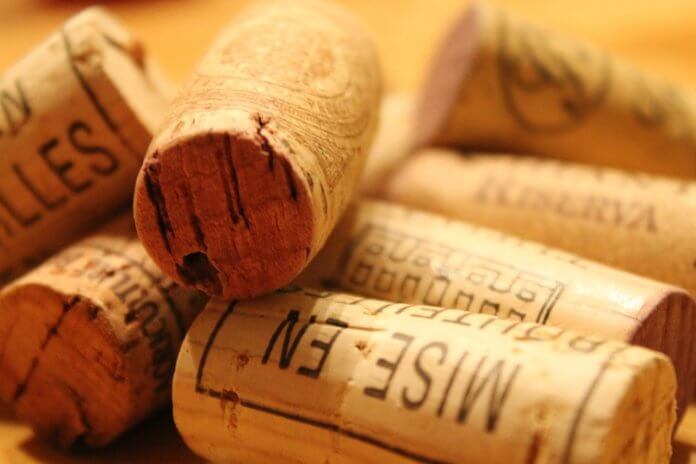 News that a large cork producer has discovered a cure for cork taint has been greeted with excitedly raised eyebrows and jubilant apathy worldwide.

Imadim, one of the world’s largest processors of tree bark, said it had been inspired to start work on its new process ever since the world got bored of the industry’s last three miracle cures and started talking about cans instead.

The timing of the news – on the company’s 250th anniversary – was described as a ‘happy coincidence’.

Based on 12 months of extensive advertising in cutting-edge wine trade publications, the process uses what Imadim is calling ‘breakthrough PR technology’. ‘Project Inanity’ is so top secret that Imadim is refusing to say how it works.

‘Our Inanity is totally effective,’ said a company spokesman. ‘Even more effective than our last cure. And since that was 100% effective, this must be, like, 110% effective or something. Look. It’s all there in black and white. Right next to our advert.

‘Which is also effective.’

From now on, the company says that if a customer thinks that they spot cork taint, they can be absolutely confident that they are wrong.

This backs up research by the Court of Master Sommeliers which has long claimed that the public are unable to detect cork taint.

‘I’m so pleased,’ said Ms Crew Kapp, talking to Fake Booze outside her local branch of Pricefixer. ‘Now I know that if a bottle of wine tastes like a musty old sock, it’s probably because it’s a natural wine and nothing to do with finishing off a multi-million pound investment with chunks of dead tree.’

‘Organisms often come up with the cure for their own problems,’ said Dr Wiffy Closure of the Trying Closure Alternatives (TCA) Institute in Massachusetts. ‘For instance, it’s well known that mosquitoes found a cure for malaria, and a team of bat scientists was instrumental in creating the Pfizer Covid vaccine.

‘So it’s really not that surprising that a cork producer should find a cure for cork taint. On this evidence, I’d expect them to come up with another one to coincide with their 300th anniversary in 50 years time.’

Portuguese environmentalists have also expressed delight at the news, saying it would ‘guarantee cork forests and safeguard the future of the Portuguese pterodactyl’.

Long thought to be extinct, the prehistoric raptor made an unexpected and fortuitous reappearance in Portugal’s cork forests around the time of the 1990s screwcap revolution. The woodland has been protected ever since.

‘It’s essential that these ancient reminders of a more primitive time are preserved for future generations,’ said bug-hugger Joao Spuriosa.

‘And the survival of the pterodactyl is important too.’