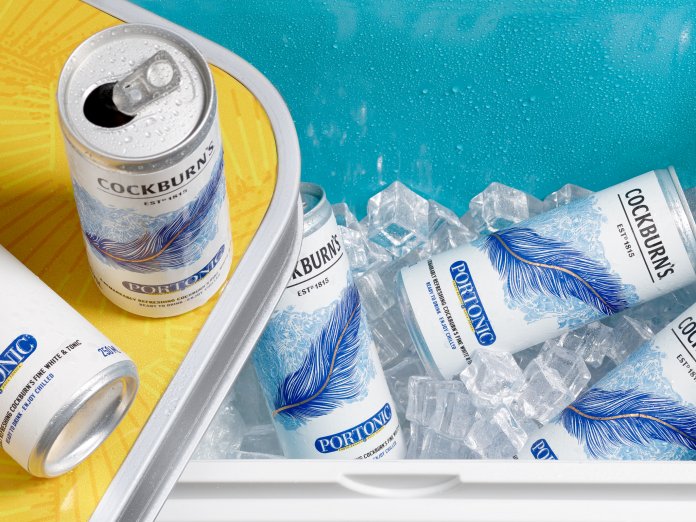 Scientists at Cockburns claim to have cracked the centuries old problem of how to sell white port: by pretending that it’s gin.

The company launched its latest white port and tonic premix earlier this week and says it has been ‘overwhelmed’ by sarcastic support for the new product.

‘This is exactly what our customers have been crying out for,’ said Shark Mormon, Head of Sales Prevention at Marginslasher Supermarket. ‘Week after week, this issue comes top in our customer feedback surveys.

‘You’d think it would be “lower pricing” or “vegetables that taste of something”, but no.

‘More ways of drinking white port is what people want.’

Product test sampling amongst Marginslasher’s shoppers by Fake Booze suggested that the new launch might need to be accompanied by a major programme of consumer education.

Responses to the test sample ranged from ‘Port is that like sherry?’ and ‘I think my nan used to drink it’ to ‘Why is it white?’ and ‘this gin and tonic tastes weird.’

The conundrum of how to sell young white port has baffled philosophers, thinkers and marketers for centuries. Jean-Paul Sartre and Albert Camus used to engage in lengthy debates over what its purpose was, why the suffering was necessary and whether it could be deemed to exist at all given that nobody drank it.

‘White port has struggled in the past,’ said port journalist Col Heita. ‘Firstly it’s a white wine in a red wine area, secondly it’s a fortified in a low-alcohol world.

‘And thirdly most of it tastes fucking terrible.’

The team at Cockburns say they’ve worked ‘incredibly hard’ to try and mask the drink’s flavours with lemon and mint, though inevitably ‘some traces of white port might still be noticeable’.

‘We think it’s safe,’ said Cockburn’s head of marketing Willy Nobsinge. ‘But it was created in a factory that handles a lot of Malvasia, so anyone with a serious aversion to white port should probably avoid it just in case.’

Opinion within the industry about the ground-breaking new launch is divided. Modernists feel that Cockburns missed a trick and should have gone the whole hog and marketed it as a gin infused with white port botanicals.

‘Frankly, it’s got about as much juniper character as Hendricks,’ said spirits guru Dave Brush.

Traditionalists, meanwhile, have expressed concern that the port house is riding roughshod over the heritage of a proud region. Not least by being innovative.

‘Port didn’t get where it is today by doing things that are new and different,’ said Col Heita. ‘Though the fact that they are cashing in on the gin wave at least ten years after it started makes it a pretty authentic expression of the Douro.’

But Cockburns has high hopes for its canned port cocktails concept, and is already rumoured to be working on a Porta Colada, a Tawtini and a Negruby.

‘Frankly,’ said Willy Nobsinge, if Blossom Hill can pass off their white Zin as wine, we’ve no problem in trying to sell a few cans of white port by pretending it’s gin.’

Read about why canned wines are the devil’s spawn here