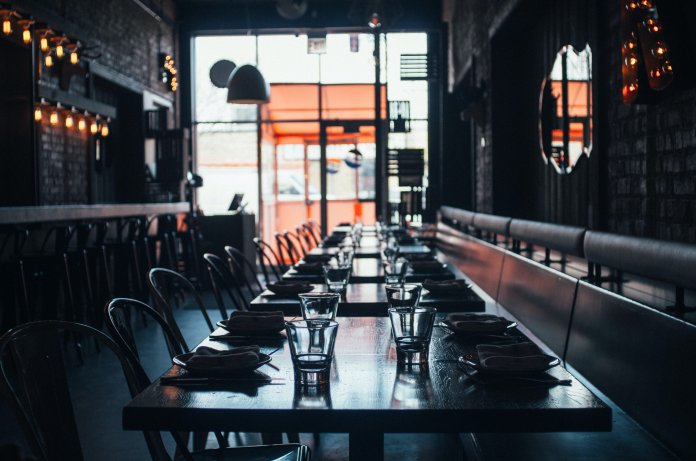 Restaurants and bars across the UK have told Boris Johnson to stop dicking them around and either stay and commit, or leave so they can get on with their lives.

A number of venues have contacted Fake Booze over the last six months, describing themselves as ‘bewildered’, ‘emotional’ and ‘absolutely furious’ at their partner’s erratic behaviour.

According to the eateries, Johnson has variously blanked them; showered them with cash; invited the whole country to admire them; come home smelling of Brexit and forced them to wear kinky hospital outfits.

‘We just don’t know where we are,’ said one exasperated trattoria in Edinburgh. ‘One day he’s all over us, telling us he loves us and we’re all he’s ever wanted. The next he looks through us like we’re not there.’

The final straw came this week when the prime minister insisted they were home by 10.00pm.

‘It’s ridiculous,’ said a city centre bar in Leeds. ‘I’ve always been a night owl. He knew I was like that when we got married. Now he wants me safely at home like some little mousy tea-shop? Not gonna happen.’

‘Boris clearly doesn’t love bars and restaurants anymore but doesn’t have the guts to make the break himself,’ said hospitality relationship counsellor, Enda Thaline. ‘He’s hoping that if he treats them badly enough they’ll go bust and he can leave with a clear conscience.’

But if that’s the case he could be disappointed. Venues had a defiant message for the love-rat PM.

‘We absolutely refuse to go bust,’ they said. ‘If he wants away, we’re having half of the country’s GDP.

‘Which in six months’ time should be just about enough to buy everyone a pizza.’