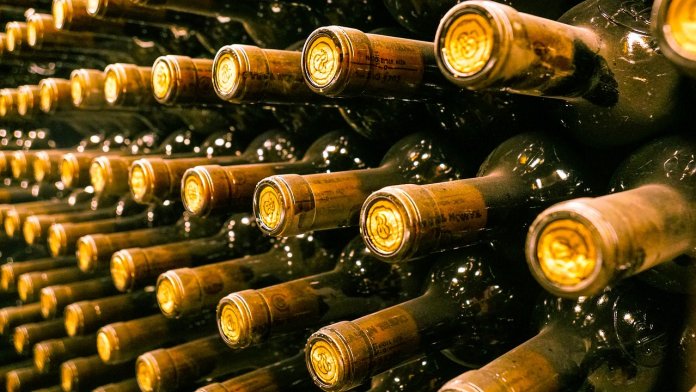 A police raid in Tuscany has uncovered a wine operation producing thousands of cases of entirely legal wine.

Investigating officers showed off examples of the bona fida Chianti and Supertuscan wines from Abottan Castello estate to a shocked press corps in Siena yesterday.

Dubbed the ‘genu-wine scandal’, the swoop also turned up labels, capsules and branded corks, absolutely none of which were fake. Log-books were shockingly accurate.

‘This was clearly a slick operation,’ said Inspector Alessio Ismore. ‘We’ve no idea how long they had been making this stuff, but the coat of arms in the hallway suggests it could have been generations.’

Be alert – we need lerts

With a street value of millions of euros, police have warned that thousands of bottles of the non-fake wines could already be on the market and the public should be on their guard.

‘If someone sells you something that tastes like it’s worth what you paid for it, you should report it,’ said Ismore. ‘Because the chances are it’s 100% genuine.’

‘It would be chaos…’

Enzo Di Erth of the Italian Liquor Board said the Abbotan Castello wines were ‘undermining the hard work’ being done by people making fake Sassicaia, cutting top wines with cheap plonk, adding flavourings, trucking in wines from elsewhere and generally doing what they like.

‘An Italian wine label is like poetry, not accountancy,’ he told Fake Booze. ‘It should be an aspiration, not a statement of fact.

‘We can’t have the contents mirroring what’s on the outside of the bottle. It would be chaos.’