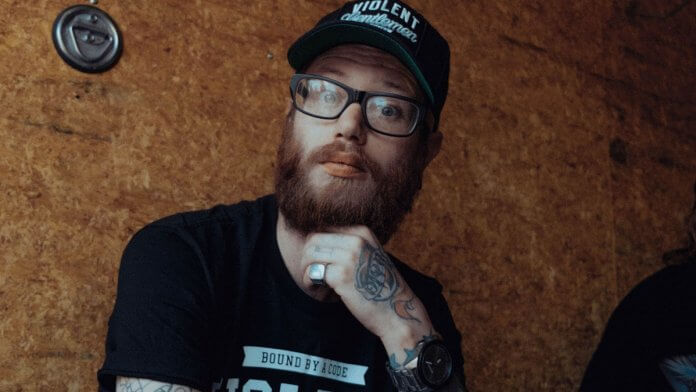 A £14 natural wine has beaten some of the world’s most prestigious names in a blind tasting. The so-called ‘Judgement of Shoreditch’, has sent ripples throughout the wine world.

Judges described the result as ‘game-changing’, ‘eye-watering – literally’ and  ‘even more incredible than the continued success of Prosecco’.

Some have questioned the validity of a competition that saw a €16 Loire red wine, Arome de Souris, outscore a $1500 bottle of 1990 Chateau Lafite.

But organiser Mike Robial-Infection, of the zero interventionist group Bugs in Wine, says the result is a wake-up call for ‘soulless, technically correct winemaking’.

‘Whatever respected palates might tell them, our members have long been convinced that their bottles stand comparison with some of the most expensive bottles in the world,’ he told Fake Booze.

‘And this result proves it. We’re putting the funk into funking brilliant!’

The tasting saw a dozen of the world’s finest red wines tasted blind alongside a similar number of natural competitors at the Happy Bacteria wine bar in east London.

Judges were not aware of price, varietal make-up or country of origin. Though some observers have questioned the organisers’ decision to place the non-natural wines in bottle bags carrying a skull and cross-bones logo and the words ‘Warning – Toxic’.

‘It was totally unnecessary,’ said one judge. ‘Since they tasted like wine, rather than a library of bacterial faults it was bleeding obvious which ones they were.’

Of the top ten wines, eight of them were made in a non-interventionist style, with Screaming Beagle and Le Pun the only big names to impress the judges.

‘We were looking for personality ahead of shallow, commercial criteria, such as whether a wine was fit to drink,’ said Robial-Infection.

‘And we placed a high importance on the finish.

‘Specifically, if our judges couldn’t finish a glass the wine scored really well.’

However, some chateau owners said they had very real questions about the tasting ability of the judges.

‘Most of them looked like they were more familiar with a tattoo parlour than a wine tasting,’ muttered one. ‘How can you assess a wine correctly when your nostrils are full of nose rings?’

‘Some of them were really unpleasant,’ he continued. ‘They were really full of piss and vinegar.

‘And so were the judges.’

The traditional wineries said they probably wouldn’t enter their wines for a return match.

‘We’ve been criticised in the past for dismissing the opinions of anyone who doesn’t think like us,’ said one chateau owner. ‘But events like this just prove we were right all the time.’

It was, he told Fake Booze, ‘time to get back to proper tastings where wines are tasted by the people who make them, everyone gets a medal and we all go off for a nice lunch afterwards.’

British wines the best in the world say British producers