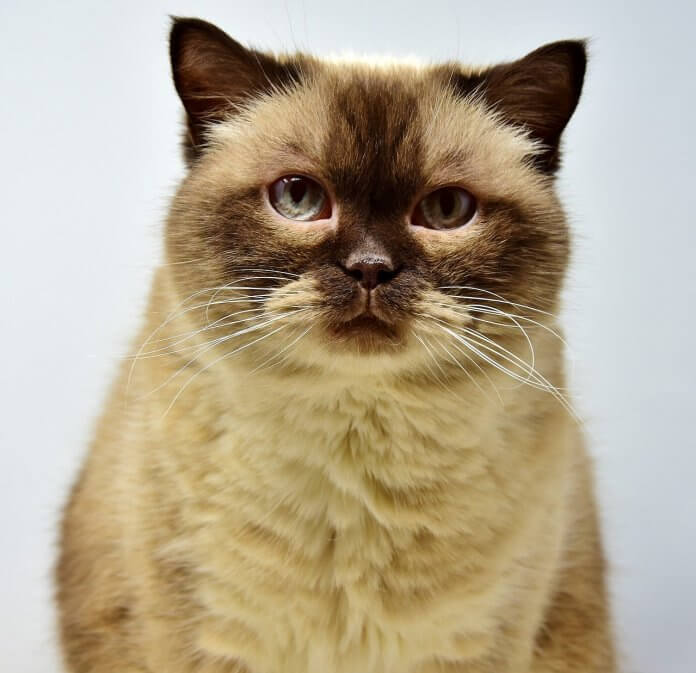 Pernod Ricard have defended their decision to replace their CEO’s head with a cat at their latest briefing to financial analysts.

‘It worked pretty well for that Texan attorney,’ said Pernod’s head of corporate relations, Bea Feeter. ‘He’s been all over the world’s social media feeds for 24 hours. You can’t buy publicity like that.

‘At least, not when you’re skint.’

The briefing saw Pernod CEO Alex Ricard appearing at the company’s briefing with a full cat filter setting on his laptop, giving him floppy ears, whiskers and a sticking out tongue.

Generally the avatar’s expression was cheerful, though it changed to sad ‘kitten eyes’ when the news became more downbeat.

‘It meant that we saw a lot more ‘sad kitten’ than ‘happy kitten’,’ said analyst Bent Numberkruncher. ‘I kind of wanted to adopt him by the end.’

Some observers have accused the company, variously, of

The company denied the claims.

‘And Alex Ricard is quite short-haired so the ‘furball’ allegations are obvious nonsense,’ said Ms Feater. ‘Though the rest of it is probably fair comment.’

Other drinks corps are expected to follow suit, with Diageo’s Ivan Menezes already rumoured to be considering either a ‘cosmic dog’ or a ‘disco avocado’ for their third-quarters in the spring.

‘If he goes down the dog route, I just hope he doesn’t start licking his own knackers on camera,’ said Numberkruncher. ‘Though that would at least be a fairly eloquent expression of how Diageo sees the rest of the world.’