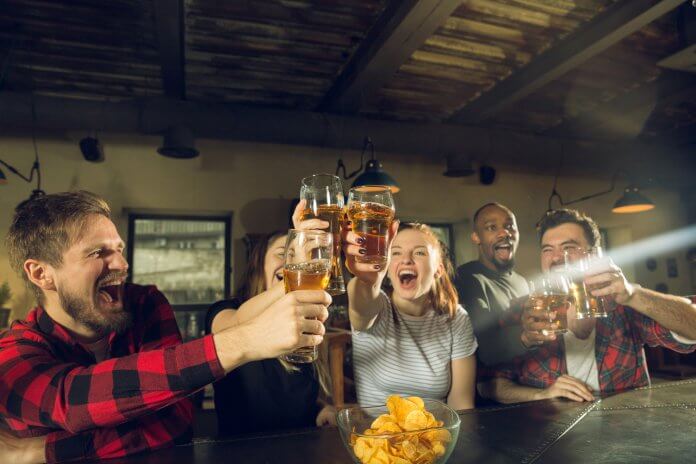 A report by the poll company Obvious Research Group and Analysis Sans Merit (ORGASM) has revealed that wine is screwed because ‘people under the age of 35 tend not to take it to a party’.

The findings were written up in the online press this week, alongside other searing exposés ’50 things bears do in the woods that you would not believe’ and ‘Try not to gasp when you see there’s a Catholic in the Vatican.’

According to the team’s market research, wine was less popular with young people in social occasions than beer and spirits, though all drinks lagged far behind ‘taking selfies’.

‘If we assume for no very good reason that younger people will continue to drink the same way throughout their entire life, then wine is doomed.’

Ms Fitt admitted that such an inference was at odds with all previously recorded human behaviour, but said that the company’s research model of ‘loaded questions and wilfully misinterpreted responses’ had been quite clear.

She also added that her team felt that Millennials were ‘different to previous generations’ because they ‘liked vegetables’ and that the company’s hysterical conclusions ‘made a better story for papers that don’t know better and care even less.’

Damningly, according to the team at ORGASM, wine didn’t just lose out in social occasions for 20-somethings.

It also scored badly amongst older members of the public when it came to ‘filling up the car’, ‘removing troublesome stains’ and ‘providing a reliable wifi connection.’

‘This really does look like the end of the road for wine,’ said Ms Fitt.

‘Apart from the tens of millions of older drinkers all over the world who think it’s marvellous and drink it on a regular basis it appears to have no real use at all.’

Click here to read about the equally shocking revelation that alcohol, not sulphites, give you a hangover.