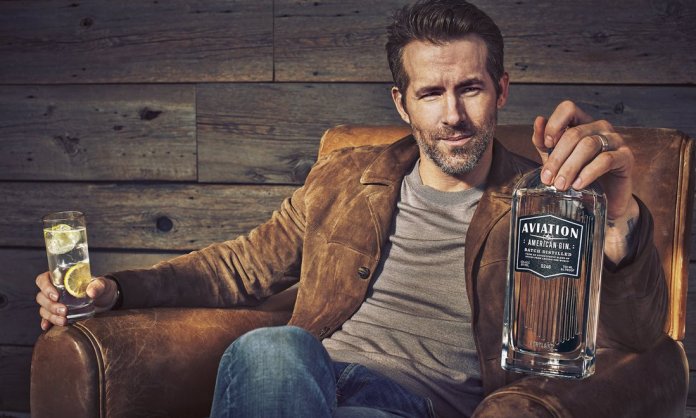 Craft distillers everywhere have taken to social media and chat forums to express their delight at Diageo’s $600m purchase of Aviation gin.

‘It’s so heartening to see the little guy get a break,’ said Jana Schnapkrakel owner of Misted Gorilla gin in Hamburg. ‘We are all just delighted that after years living on friends’ sofas and bumming beers off everyone Ryan will finally have some money in the bank.

‘With a bit of luck, now he’ll be able to give up the part-time acting and concentrate on his real passion: distilling.’

The Canadian had scraped together his earnings from a minor role as Deadpool in a little-known movie franchise to buy a stake in Aviation Gin in 2018. In a barely believable stroke of fortune, less than three years later Diageo paid over half a billion dollars for the brand.

‘Many craft distillers have a day job to help pay the bills while they indulge their passion,’ said Schnapkrakel. ‘Ryan’s was running around in a red lycra bodysuit.

‘Mine is working at Lidl.’

The deal will see Diageo take over the distillery, stock and a controlling interest in Ryan Reynolds’ soul.

Reynolds’ agent said he was ‘relaxed about the issue of soul ownership’ but sources close to the actor have admitted to Fake Booze that he is ‘pissed that he only got $600k when the same company paid Clooney a billion for his tequila.’

‘It’s the kind of rags to riches ‘poor boy done good’ story that everyone dreams of growing up,’ commented Brash Flatly of the American Craft Association. ‘It wouldn’t surprise me if they made a film out of it.

‘Maybe they could get Ryan Reynolds to star in it.’

If you like to read about celebrities being irritating, why not check out these other Fake Booze articles. They cover sweary salad botherer Gordon Ramsay’s new wine range, how to write the perfect celebrity drinks article, how we got it TOTALLY WRONG with Ace of Spades, the Queen’s ‘Her Maj’ range of drinks, or the annual pageantry of Jolie’s Nouveau Beau day?