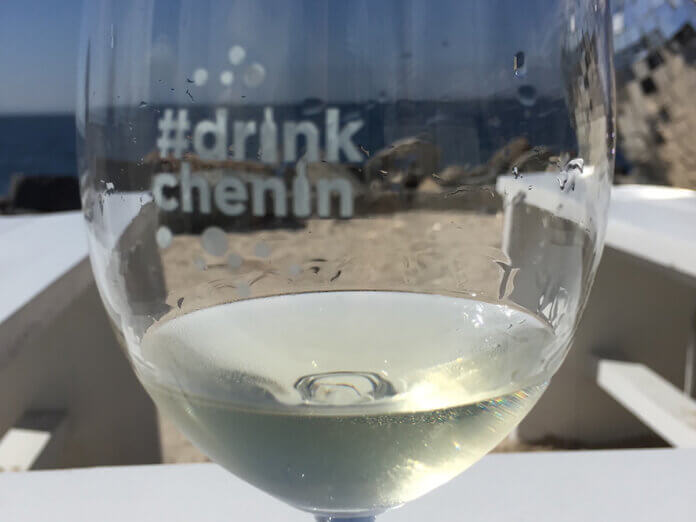 Magazines and websites the world over are being told to hold the front page with news that South Africa’s wines are not, in fact, crap and some of them are even quite good.

The bombshell has been revealed by dozens of journalists who have been flown out to Cape Wine and now need to justify their plane fare by writing nice things about their hosts.

Observers have described the revelation as a ‘massive shock – at least, to anyone who has had their head up their arse for the last 20 years.’

‘After an unfortunate experience with some Kumala, I never gave much of a damn about South African wine,’ said drinks writer Ilova Junket. ‘But it’s amazing how the cost of a plane flight and four nights’ accommodation have made me change my mind.’

Her negativity, she admitted, was sheer prejudice based on ‘nothing more concrete than the fact that a lot of what I tasted wasn’t very good.’

But an afternoon on a boat, a Segway tour of the winelands and a five-course seafood tasting menu had, she said, made her realise that South Africa was actually brilliant. Especially in the spring-time.

‘I’ve become a total ambassador for the country,’ she told Fake Booze.

‘At least until I get taken to Chile next month.’

Even hacks with decades of experience have been won over by the event.

‘Of course it’s nice to be flown out on expenses and wined and dined like royalty,’ said Kashfur Content of Drinks Trade World international. ‘Particularly since it’s being funded by the country’s wineries and most of them can barely afford a bag of corks.’

The imminent bankruptcy of most of the industry was, he said, ‘a fair trade-off for our being able to get right under the skin of the real South Africa.

‘By spending three days talking to white people about how the ANC is wrecking the country.’

The organisers say that although the costs are high, the show remains a good investment – and central to their strategy.

‘The people who come here can help spread our message to their thousands of followers all over the world,’ said organiser Pantzer du Toit.

‘After all, there’s no better way to win the hearts and minds of people stuck at a desk than by ensuring their social media feeds are inundated 24/7 with shots of sunburned hacks tasting wine in front of Table Mountain.’

‘Going out for Cape Wine was a brilliant experience,’ said drinks writer, Boo Zhack, who attended the last event in 2018. ‘I really got up to speed with just how dynamic and exciting South Africa is. Though to be honest I haven’t bothered much with it since.

‘I generally prefer to write about Burgundy and Champagne because the freebies are better.’

The theme of this year’s fair is ‘Sustainability 360’.

‘Partly this is because our wine industry is over 360 years old,’ explained du Toit, ‘but it also ties in with the organic, cyclical nature of the drinks world as a whole.

‘So to celebrate that we’re spraying horse-shit in every direction and going round in circles to end up back exactly where we started.’