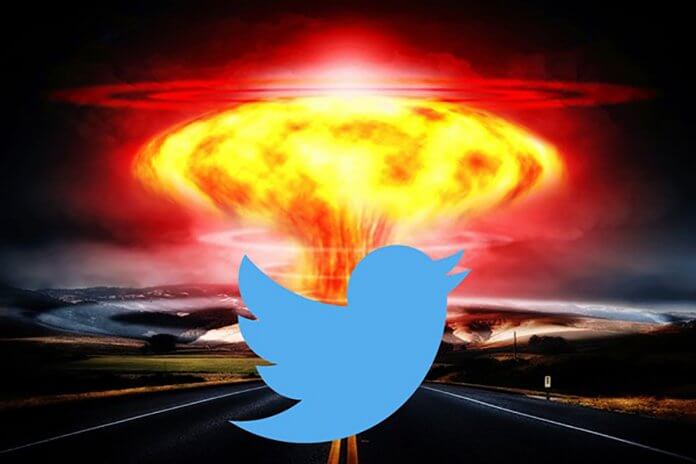 The admission came hours after the social media platform was buried under what’s been described as a ‘tsunami of pompous ignorance’, forcing it to shut down for 24 hours.

Emergency services said the Twitter collapse killed at least two careers, bruised dozens of egos and left several thousand members of the wine trade with ‘even less to do than usual’.

Modestly christened ‘Muskadet sur Me’ the entrepreneur heralded the nascent range as ‘the modern way to create a label’.

Critics, however, said the concept was ‘as incomprehensible as your average Italian winemaker.’

After several weeks poring over Wine Twitter, Musk selected a cabale of Master Sommeliers to define the wine’s overall style, drinks journalists to dictate the winemaking technique and influencers to decide how to seed the message around the world.

Heralded as a ‘dream team’ of brains, confidence and creativity the whole idea collapsed within 24 hours of launch, taking the social media platform with it.

‘None of them could work together,’ said ideator, brand consultant and general irritant Mark Eting-Spend. ‘They just spent their whole time slagging each other off in increasingly bitter and sarcastic language.

‘It was like putting a dozen particularly self-righteous pit-bulls in a bag with a multi-million pound pork chop.’

Musk says he has learned from his mistake, apologised for the inconvenience of breaking a global social media platform and admitted that, with hindsight, his plan was ‘naïve’ and ‘flawed’.

‘From the way they all talked on Wine Twitter, I assumed they must all have had in-depth experience in marketing, brand-building and actual winemaking,’ he told Fake Booze.

‘I had no idea that literally none of them knew what the fuck they were talking about the entire time.’

A trawl through Fake Booze’s Twitter feed seemed to show social media returning to normal after the ‘Muskocalypse’.

‘Even though he’s a successful squillionaire and I live in a 20 square metre bedsit, blag restaurant reviews for food and pay my rent by selling samples.’